Two of the most common medical complications of pregnancy are preeclampsia and gestational diabetes. Preeclampsia is a condition of high blood pressure and protein in the urine in women without a history of high blood pressure that may develop after the 20th week of pregnancy. It is more common in women who have hypertension before they become pregnant, are experiencing their first pregnancy or are overweight. Preeclampsia increases the chance of preterm delivery and poses a high risk to the mother’s health. It occurs in 3% to 5% of all US pregnancies and is observed more frequently in developing countries where access to prenatal care may be limited. Because the omega-3 fatty acids found mainly in seafood (seafood omega-3s) are associated with modestly lower blood pressure and blood vessel function there is reason to find out whether a greater intake of these fatty acids might reduce the risk of preeclampsia. 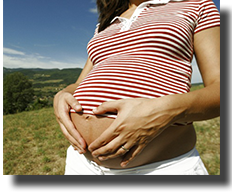 Gestational diabetes, the appearance of abnormal glucose tolerance that is first detected in pregnancy, occurs in about 2% to 12% of pregnancies in developed countries. It is more frequently observed among African Americans, Hispanics, Native Americans and Asians. Overweight, high blood pressure and age above 30 years increase the likelihood of the condition. Both the mother and her offspring have a higher risk of developing type 2 diabetes and obesity later in life, if the mother has gestational diabetes. The condition is also associated with excessive infant birthweight. There are few, if any, data about the relationship between seafood omega-3s and the risk of developing gestational diabetes. However, a recently published study on the supplementation of healthy pregnant women with 800 mg of DHA per day in the last half of pregnancy examined the occurrence of gestational diabetes and preeclampsia in these mothers compared with control women who consumed a placebo oil. In the total group of women, the occurrence of both conditions was within the reported range; 5% developed preeclampsia and 6% developed abnormal glucose tolerance. 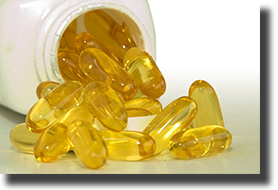 When the incidence of these conditions was compared between the two groups of women, there was no significant difference between the groups. Infants of mothers who consumed the DHA supplement had significantly higher birthweights and lengths. Fewer were born weighing less than 2,500 grams (5.5 pounds) and significantly fewer were born before 34 weeks’ gestation. These last observations strongly favor healthy infant outcomes. The DHA-supplemented mothers had more infants born weighing more than 4,000 grams (8.8 pounds) compared with the control mothers, but there was no difference between the groups in the number of infants born large for their gestational age. 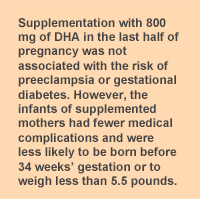 Births among the DHA-supplemented mothers experienced fewer medical complications and deaths compared with the control group. For example, 5 control group infants experienced neonatal convulsion or brain injury at birth, whereas none in the DHA group did. There were 12 deaths between birth and 28 days after delivery in the control group and 3 in the DHA group. These differences between groups were statistically significant, meaning that they were unlikely due to chance. The study is important in several ways. It is the first report of the relationship between the mother’s consumption of DHA during pregnancy and her likelihood of developing preeclampsia or gestational diabetes. DHA supplementation had no effect on the risk of these complications. Second, there were clear health benefits in the infants of DHA-supplemented mothers. They weighed more, were less likely to be born very preterm (before 34 weeks’ gestation) and were less likely to be born weighing less than 2,500 grams (5.5 pounds). Very low birthweight puts the infant at risk of medical complications and impaired cognitive and social development. Finally, the infants of supplemented mothers were less likely to develop medical complications or die. These findings add to the many reasons why pregnant women are strongly advised to consume at least 200 mg of DHA per day or more during pregnancy.