DHA Reduced in Plasma, Placenta and Cord of Mothers with Gestational Diabetes 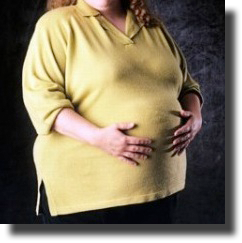 Gestational diabetes mellitus (GDM) is one of the most common complications of pregnancy. The condition is a concern because it poses health risks to the mother and offspring and is increasing, thanks to the increase in overweight and obesity. GDM is associated with poorer perinatal outcomes, increased maternal risk of developing type 2 diabetes and greater risks of obesity and metabolic syndrome in the offspring. Estimates of the prevalence of GDM vary widely, in part because different criteria and measurements are used in different studies. For example, a U.S. study estimated that 7.6% of pregnancies from 1999 to 2005 in the U.S. involved GDM. More recent data from a 10-country study of hyperglycemia in pregnancy estimated the frequency of GDM at 17.8%, with a range of 9.3 to 25.5%. GDM may also pose neurodevelopmental risks for the offspring, as suggested by observations of impaired neurobehavioral functioning, delayed brain maturity, suboptimal performance in fine and gross motor function, higher rates of inattention, subtle impairments in attention and memory processing and deficits in some types of memory recall. Such suboptimal neurodevelopmental outcomes may be linked to deficits in long-chain (LC) PUFAs in the offspring as a result of altered lipid metabolism in GDM mothers, although some reports suggest that LC-PUFAs in GDM mothers are not adversely affected. Others, however, have shown lower concentrations of DHA and arachidonic acid in the red blood cell and plasma lipids of infants of GDM mothers compared with infants of mothers without GDM. It was also reported that the placentas of GDM mothers take up and concentrate individual n-3 and n-6 LC-PUFAs compared with women without GDM, but have higher levels of linoleic acid and lower arachidonic acid in their placental triglycerides. The investigators suggested that these fatty acids are retained in the placenta instead of being transferred to the fetus.

Why infants of GDM mothers have lower LC-PUFAs, especially of DHA and arachidonic acid, is not well understood. Researchers at the University of Murcia, Spain, revisited the question of placental DHA transfer to the fetus in a small study of 11 healthy pregnant women and 9 women with GDM, who were to deliver by caesarean section. They assessed DHA transfer to the fetus using DHA labeled with the stable isotope 13C given at a dose of 0.5 or 0.1 mg/kg body weight 12 hours before surgery. Because the isotope manufacturing process changed during the study, only data from the participants who received the same isotope dose were used (6 controls, 9 GDM mothers). Maternal blood was collected 12, 3, 2 and 1 hours before surgery and arterial and venous cord blood taken directly after birth. Placental tissue samples were taken at delivery. 13C enrichment of fatty acid methyl esters was measured and 13C:12C ratios determined, from which the 13C atom percent excess was calculated. The investigators calculated the concentrations of stable isotope tracers by multiplying the absolute concentrations of fatty acids by their 13C atom percent excess. Isotope measurements in maternal plasma, placenta and cord blood enabled the researchers to estimate the tracer distributions between the mother and fetus and the placenta and maternal plasma. Control and GDM mothers were similar in BMI, glucose and insulin levels and neonatal anthropometrical measurements at delivery, differing only in gestational age, 39.8 vs 38.2 for control and GDM mothers, respectively. However, the sample size was small. In GDM mothers, labeled DHA concentrations were significantly lower in the total lipids of maternal plasma, placenta and venous cord plasma at delivery compared with the healthy controls (Table). Labeled DHA concentrations were also lower in maternal plasma phospholipids and slightly higher in triglycerides compared with controls, but the differences did not reach statistical significance.

Similarly, the ratio between the labeled DHA concentration in placenta and cord blood and the area-under-the-curve measurements in maternal plasma was lower in GDM mothers compared with the controls, suggesting reduced transfer from the mother to the placenta and to the fetus in these GDM women. This observation contrasts with previous reports that DHA and arachidonic acid incorporation

into placental phospholipids is increased in GDM. Others have reported normal LC-PUFA incorporation into plasma phosphoglycerides, but reduced incorporation into red blood cell phospholipids in GDM, which would also impair the transfer of these fatty acids to the fetus. The ratios did not differ for other fatty acids examined (palmitic, oleic and linoleic acids), which were not presented in this summary. Taken together, these observations suggest that GDM mothers have lower concentrations of DHA in the lipids of their plasma, placenta and venous cord blood and experience impaired DHA transfer to the placenta and fetus.