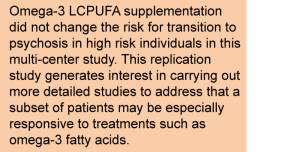 This article at a glance

Psychotic disorders include serious chronic psychiatric disorders, such as schizophrenia and schizoaffective disorder, making progression to a chronic illness in those at high risk of great importance. Common identifying features of psychotic disorders are bizarre subjective mental experiences (delusions and hallucinations), impairments in cognition, failure to correctly interpret perceptions (vision, auditory), and the inappropriate expression of emotion and mood. Some common psychotic disorders are schizophrenia, schizoaffective disorder, bipolar disorder, delirium, and psychosis associated with dementia. Psychosis can also be provoked by psychoactive drugs and medications. Lifetime risk for psychosis incidence is about 8 out of 1000 persons. 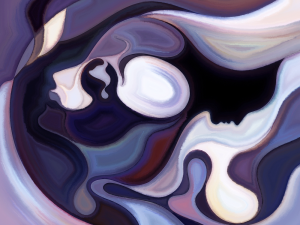 Chronic serious psychotic disorders like schizophrenia typically have a relatively early onset, often during late teens and young adulthood. A critical moment in psychotic disorder development is the so-called “transition” of individuals towards experiencing their first psychotic period. The precise moment of onset of the first clear episode of psychosis has long been viewed as somewhat arbitrary since it is preceded by small positive and negative symptoms that are below a clearly measurable threshold occurring during a prodromal (prior to illness) period. Since the introduction of criteria that allowed for the measurement of prodromal symptoms in quantitative terms, an increasing number of studies have been carried out to identify behavioral, pharmacological and nutritional treatment approaches to reduce transition rates. The criteria are useful to identify individuals in the prodromal phase of first-episode psychosis, especially of those that are considered to be at “ultra-high risk” (UHR), i.e. who have an imminent risk for conversion within one year. Controlled intervention studies offer the opportunity to identify approaches that convert psychotic disorders into a group of hopefully preventable, or at least more manageable, illnesses.

In recent studies that have addressed the possibility to modulate the prodromal phase with interventions that may be anticipated to be relatively safe with respect to mental health, the potential efficacy of dietary supplementation with omega-3 LCPUFA has been noted. Supplementation of UHR individuals for six months with omega-3 LCPUFA markedly lowered the risk of transition to psychosis, reduced symptomatology, and improved functioning. These findings are in line with growing recognition that major recurrent psychiatric disorders may be characterized by omega-3 LCPUFA tissue deficiencies, suggesting that omega-3 supplementation could have beneficial effects in a range of mood and affective disorders, including major depression, schizophrenia and bipolar disorder. The preliminary evidence that suggested omega-3 LCPUFA supplementation is beneficial in lowering the risk for transition to psychosis was obtained in a randomized double-blind placebo-controlled trial that had been carried out in a single public hospital. The next step in demonstrating efficacy is replication across different populations in multiple clinical centers.

The results of the multicenter study were recently published by McGorry and colleagues, from the National Centre of Excellence in Youth Mental Health, Melbourne, Australia, in collaboration with some 14 other clinical centers in Australia, Asia and Europe. Study participants at the various study sites were selected based on the following criteria: they were seeking help and met the UHR criteria. Potential participants who had experienced a prior psychotic episode, were taking omega-3 supplements, were being treated with mood stabilizers, or had severe illness or developmental disorders, among other criteria, were excluded from the study. In total, 304 participants (aged 13-40 years), were allocated in a randomized fashion to either of two groups; a group receiving 1.4 g omega-3 LCPUFA per day (n=153), or to the control group that received a similar volume of paraffin oil (n=151). All participants received cognitive behavioral case management, a high-quality psychosocial intervention that can improve day-to-day community functioning.

The double-blind, randomized and placebo-controlled intervention lasted for six months, after which participants were monitored for another six months while they retained access to psychosocial counseling. Diagnosis of a psychotic disorder was assessed with a specific clinically diagnostic interview, the Structured Clinical Interview for DSM-IV-TR Axis I Disorders. Incipient risk to psychosis and transition to psychosis were determined following the structured interview Comprehensive Assessment of the At-Risk-Mental State. The primary outcome of this study was the rate of transition to a psychotic disorder in each intervention group at six months. Secondary study outcomes evaluated social functioning and psychopathology of study participants. Thereto a range of tests of mental health and social functioning was employed, including the Brief Psychiatric Rating Scale, the Scale or the Assessment of Negative Symptoms, the Young Mania Ratio Scale, The Montgomery-Åsberg Depression Rating Scale (MADRS), the Social and Occupational Functioning Assessment Scale, and the Global Functioning test. MADRS scores at baseline were used for randomization, in order to achieve an equal distribution of participants with respect to depressive symptoms. The results on psychopathology assessed at baseline, at six months and at 12 months were reported.

Nearly half of the participants (45.7%) were male, and the average age of participants was 19.1 years old, with no significant difference between groups. All participants had a low level of functioning, with a score <50 on the Social and Occupational Functioning Assessment Scale for at least one year, or had experienced a more than 30% reduction in this score over the year prior to enrollment. Participants were allowed to continue taking antidepressants (serotonin reuptake inhibitors), and benzodiazepines to reduce anxiety. No difference between the two groups was found with respect to the use of these drugs, with >60% taking anti-depressants. Individuals at risk for psychosis who participate in intervention studies tend to display a relatively high rate of study noncompliance. A relatively high but similar drop-out rate of approximately one quarter of the participants was observed in both study groups. Adherence rates, defined as people returning less than 25% of capsules during monthly study visits, were also low, 43% and 41% in omega-3 LCPUFA and control respectively. 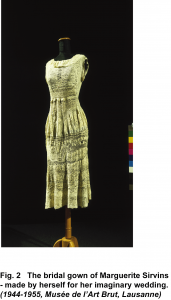 The measured rates of transition to psychosis in the test group and the placebo group were not different: transition rates were 11.5% and 11.2%, respectively, at the 12-month time point, using the intention-to-treat approach (i.e. extrapolating the effects as if all participants had completed the full study protocol). The transition to psychosis at the six-month time point, the primary outcome, was not significantly different either. A significant improvement in favor of the control group was seen at six months on the Global Functioning: Social and Role scale (P=0.02). At this time point, or at 12 months, none of the other secondary outcomes showed any difference between groups. No adjustment for multiple testing was employed in the comparison of the effect of treatment on the various symptom and functioning measures. When restricting the comparison only to participants that had correctly adhered to daily capsule intake, no difference in transition rates between people receiving omega-3 LCPUFA supplementation or placebo was found either.

Next, the researchers focused on those participants considered to have the highest risk of transitioning to psychosis. These individuals were those with a MADRS score of 14 or higher. The transition rates of this sub-group of participants were again not found to be different among those receiving placebo or omega-3 LCPUFA.

Taken together, this study has provided evidence that in young adults at high risk for transitioning to psychosis and receiving cognitive behavioral case management, the supplementation with 1.4 g omega-3 LCPUFA daily over a six-month period has no added effect on the risk of transitioning to psychosis. The study assessed a relatively large group of individuals at UHR for psychosis onset in distinct geographical locations in Australia, Asia and Europe. The results did not confirm what had been observed previously in a study with a similar intervention approach but that had been carried out in a single Australian public hospital.

Reasons for the failure to replicate the original promising study in this larger study have been considered by the study authors. First, the overall rate of transition (10.5%) was lower than in the previous positive study (16.1%). This may have reduced the power to detect a significant effect. However, the obtained results were not suggestive of this possibility and the authors doubt that having included more participants would have given a different result. It is also possible that with a majority of participants taking anti-depressants and all individuals receiving a high quality psychosocial intervention, it could have been impossible to identify an effect of omega-3 LCPUFA supplementation if a maximum benefit was already achieved under these conditions.

Finally, it is possible that young adults classified at high risk for psychosis still form a heterogeneous group of patients with regards to the type and grades of pathology. Indeed, psychotic disorders are a group of illnesses that each display differences in average age of onset, dependence on external precipitating factors, chronicity and need for maintenance treatment. In the present study, participants consisted of help-seeking individuals that were included if they met criteria for the definition of the UHR mental state, but may nevertheless still compose a group with variations in underlying neural pathologies. Further stratification is also needed with regard to which individuals may be susceptible to supplementation, most importantly their baseline levels of LCPUFA, information on which was not recorded in this study. When the conclusions of this study are reported strictly, omega-3 LCPUFA supplementation does not change the risk for transition to psychosis in high risk individuals in general. The replication study does generate interest in carrying out more detailed studies.

Notably, psychotic disorders such as schizophrenia are highly heterogeneous, and it is possible that a subset of patients may be especially responsive to treatments such as omega-3 fatty acids. Studies that aim at better defining the background and biomarker characteristics of the individuals making up study groups entering this type of studies are already being undertaken. Although the etiology of psychosis remains largely undefined, a link to immune system activation has been made and changes in membrane fatty acid composition have been reported in individuals at risk for psychosis. The recently attained insight in the possibility of addressing depressive symptoms with EPA supplementation has suggested that efficacy can be predicted if an individual’s degree of oxidative stress is taken into account. This is of relevance since randomization in the present study was based on achieving uniformity in the allocation of subjects by depression level in both intervention groups, founded on the recognition that depression and antidepressant use has a known effect on illness progression in UHR individuals. New and more refined research will likely tell us more about the extent to which psychosis development is modifiable.