White Paper Decades of research have uncovered many health benefits of long-chain omega-3 fatty acids, specifically eicosapentaenoic acid (EPA) and docosahexaenoic acid (DHA). EPA and DHA are both essential building blocks for tissue structures and important biological mediators in health and disease, which is why the Dietary Guidelines for Americans, as well as health advocacy groups from around the globe, recommend eating foods rich in EPA and DHA as part of an overall healthy eating pattern. Yet, there are mixed viewpoints about the cardiovascular benefits of EPA and DHA when taken in supplement form. This document reviews the scientific evidence about EPA and DHA and its association with cardiovascular health and disease risk reduction. 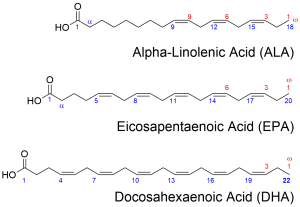