Posted by pufa | September 30, 2016
Brain & Central Nervous System
This article at a glance   Evidence is accumulating to support the use of EPA-rich omega-3 supplements to improve depressive symptoms, especially from studies with good diagnostics and controls. Significant research activity in this area is noted, and the American Psychiatric Association recommends EPA-rich supplements in its practice guidelines as adjunctive therapy for major depressive disorder. Increased prevalence of depressive symptoms also characterizes particular stages of life, such as adolescence and during and after pregnancy. The appearance of depressive symptoms frequently accompanies specific and common health conditions, such as cardiovascular disease, or can appear as adverse effects to drug treatment, e.g. with interferon-gamma therapy. A number of observational and randomized controlled intervention studies have suggested that the dietary intake of omega-3 long-chain polyunsaturated fatty acids (omega-3 LCPUFA), as well as the content of these fatty acids in the circulation, is negatively related to the prevalence and severity of depressive symptoms. However, many studies have reported a lack of effect or lack of positive association, whether reporting on subclinical threshold mild depression or clinical depression. The precise reasons why the antidepressant effects of omega-3 LCPUFA are not always observed are unclear but more precise studies and intervention trials may be needed. 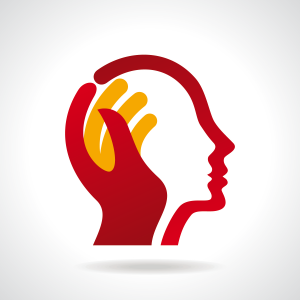 Depression has been associated with a disturbed balance of oxidation and reduction processes in the central nervous system. The so-called “oxidative stress” is characterized by a net increased production and/or reduced elimination of reduced oxygen species that are produced through mitochondrial respiration, by a number of oxygen-reducing enzymes, and by immune cells that become involved in chronic inflammatory processes. The assessment of the participation of specific PUFAs in the control of oxidative stress in the nervous system may provide additional insight into symptoms and levels of depression that may be associated with redox imbalances. A recent observational study has assessed the relationship between the omega-3 index and the scale of depressive symptoms in a cohort of Puerto Rican men and women, a population with a known high prevalence of depressive symptoms. The study aimed to determine if the level of oxidative stress modifies the relationship between the omega-3 index and depressive symptoms. The study was performed by Bigornia and colleagues from the Clinical Laboratory and Nutritional Sciences, and College of Fine Arts, Humanities, and Social Sciences at the University of Massachusetts in Lowell, MA, together with colleagues from the Department of Medicine at the Sanford School of Medicine, University of South Dakota, Sioux Falls, SD and the Jean Mayer USDA Human Nutrition Research Center on Aging at Tufts University, Boston, MA, USA. The participants were a group of Puerto Rican men and women living in Boston, MA, USA, who participated in the Boston Puerto Rican Health Study, which is a longitudinal cohort study for which recruitment was initiated in 2004. The overall aim of the study is to better comprehend the effect of diet and other behavioral and environmental factors, genetics, and psychosocial stress on the high and increasing prevalence of cardiovascular disease risk factors in Puerto Rican adults.

At baseline and after two years, an assessment of depressive symptoms was carried out using the CES-D scale (Center for Epidemiologic Studies Depression Scale). The CES-D was designed to measure the current level of depressive symptomatology in the general population, with an emphasis on the affective component, depressed mood. It is a 20-item test that measures the frequency of symptoms of depression in nine different groups over the preceding week: sadness (dysphoria), loss of interest (anhedonia), appetite, sleep, thinking/concentration, guilt (worthlessness), tiredness (fatigue), movement (agitation), and suicidal ideation. A summed score indicates the level of depressive symptoms, with values of 16 and higher taken as a threshold for depression symptoms, and ranging up to a maximum score of 60 for a major depressive episode. The test is usually a self-administered questionnaire that can also be taken by telephone, and is one of the most widely employed tests in psychiatric epidemiology.

Blood samples were taken at baseline for the measurement of red blood cell membrane fatty acid content, from which the omega-3 index was calculated (percentage of EPA plus DHA as percentage of total fatty acid content). Oxidative stress was determined as 8-hydroxy-2´-deoxyguanosine (8-OHdG) in 12-hour urine samples and was measured using ELISA with correction for creatinine. 8-OHdG is an oxidatively modified nucleoside that is formed during the free-radical mediated oxidative reaction of the hydroxyl radical (a very reactive oxidizing form of oxygen) with DNA, and reflects single- and double-strand breaks in DNA. Complete data sets for the current analysis were available for a total of 787 participants (aged 45-75 at baseline, 73% female). When baseline characteristics were assessed after dividing the study subjects into quartiles according to their omega-3 index, several parameters were found to significantly differ among the groups, including: age (increasing with each quartile from an average of 55 to 60 years), current smoking (lower in the highest two quartiles), healthy eating index (increasing percentage of subjects from lowest to highest quartile), and the intake of omega-3 supplements (higher in the quartile with highest omega-3 index). 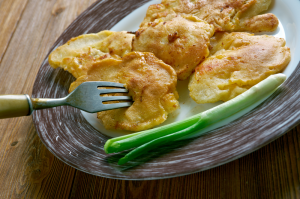