Fatty Acid Desaturase (FADS) Genotype, EPA/DHA Status and Health Endpoints Endogenous production of LC PUFAs from shorter-chain precursors (AA from LA, and EPA and DHA from αLNA) is mediated by the delta 5 (D5DS) and delta 6 desaturase (D6DS) enzymes, which are encoded by the FADS1 and FADS2 genes. In general, the efficiency rate for n-3 PUFAs is relatively low in humans, with an estimated conversion of αLNA to EPA of 0.2-6 % and <0.1% for DHA (6). It may be predicted that gene variants associated with greater D6DS and D5DS and activities would be associated with a higher tissue EPA and DHA status. This may be of particular relevance to individuals with a low consumption of fish who rely on plant derived αLNA to improve tissue EPA and DHA status. In a 2006 publication, which included an analysis of 18 SNPs of FADS1 and FADS2, the minor (less frequent) alleles were associated with higher levels of αLNA and LA and lower levels of DGLA, AA, EPA, and n-3 DPA, with no significant impact evident on DHA or n-6 DPA (7). These initial findings were broadly consistent with the output from the CHARGE consortium, which performed GWAS in five population-based cohorts comprising almost 9000 individuals of European ancestry (8). Associations between FADS1-FADS2 SNPs and haplotypes (grouping of SNPs) and blood lipids have also been observed using GWAS approaches (9). Furthermore, associations between variation in these gene loci and the incidence of diseases with a chronic inflammatory component have been reported (10), although Baylin et al. (11) failed to detect FADS SNP associations with incidence of myocardial infarction, despite genotype-dependent variation in tissue PUFA levels. In a fascinating recent GWAS analysis to investigate genetic signatures of diet and climate adaptation in Greenland Inuits (who have a high LC n-3 PUFA intake), FADS was the strongest loci associated with height, weight, growth hormone regulation and membrane fatty acid composition. In summary, individuals with a FADS genetic profile associated with low EPA and DHA synthesis may be particularly at risk from a lower tissue status and benefit from higher dietary intakes (12). APOE Genotype, EPA/DHA Status Lipids and Cognition Apolipoprotein E is an important lipid transporter in the circulation and in particular in the brain and acts as a high affinity ligand for cell uptake (13). Two common SNPs lead to three apoE isoforms, namely E2, E3 and E4. Individuals who carry an APOE4 allele, which is about 25% of Caucasians, are at significantly higher risk of dementia. Brain tissue is particularly enriched in DHA with concentrations 2-10 fold higher than in systemic tissues (14). The higher rate of cognitive decline in APOE4 carriers is likely to be in part due to a lower brain DHA status, defective uptake of DHA across the blood brain barrier (BBB) and increased DHA oxidation (15, 16). Lower enrichment in plasma DHA has been reported in APOE3/E4 individuals relative to the wild-type APOE3/E3 genotype (17) and the cognitive benefits of LC n-3 PUFA have been shown to be significantly less in APOE4 carriers relative to non-carriers (18). 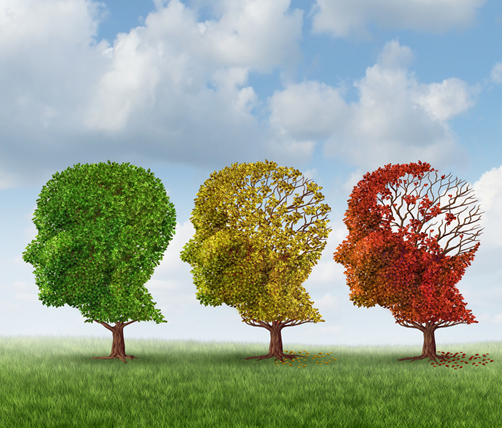