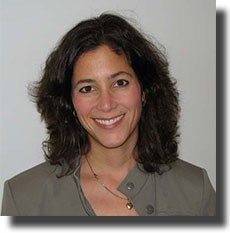 The effects of nutrition and dietary composition have been studied in the area of mental health.  Epidemiological studies have focused either on cross-sectional analyses or longitudinal analysis on intake of particular nutrients or patterns of intake. Treatment studies have used dietary supplementation for psychiatric disorders, particularly major depressive disorder (MDD). Depression and anxiety disorders are more prevalent in women than men.1 MDD consists of episodes that are of at least two weeks’ duration and is characterized by either a depressed or low mood or a loss of interest or pleasure.2 In addition to sadness, low mood, or loss of interest or pleasure, individuals may experience sleep changes, appetite increases or decreases, low energy, low self esteem or guilt, and thoughts of death or suicidal thoughts or plans.2 The World Health Organization has identified depression among all illnesses as having the greatest disease burden for women worldwide.3 Because of the prevalence and impact upon functioning, prevention of depression is a crucial priority. Jacka and colleagues previously demonstrated a relationship between dietary patterns and depression and anxiety.4 They assessed 12-month eating patterns in a cross-sectional study of randomly selected Australian women and associated risk for depression and anxiety. They used a food frequency questionnaire to reflect eating habits and the Structured Clinical Interview for DSM-IV-TR to diagnose psychiatric disorders, with particular focus on MDD, dysthymia, and anxiety disorders. The General Health Questionnaire-12 (GHQ-12) was utilized for quantification of symptoms. Diet quality was scored according to Australian national health guidelines, and the study was controlled for covariates, including socioeconomic status, education, physical activity, alcohol and tobacco use, and body mass index. A separate diet quality score was calculated based on Australian national nutrition guidelines. Lower quality diets were associated with a greater burden of psychiatric symptoms and the Western diet was associated with higher rates of depression diagnoses. These findings are consistent with other prospective cohort studies from other countries that demonstrate relationships between food intake patterns and depression.5,6 Various studies have found a protective effect of intake adherent to the Mediterranean diet in which whole foods and fish are well represented. Specific intake of whole foods such as fruit, nuts and legumes, and higher monounsaturated fat relative to saturated fat intake appear inversely associated with new depression onset, while food patterns high in processed foods appear to increase risk.6 Jacka’s group recently presented an analysis of fish and PUFA intake, and depression and anxiety.7 In this study, they randomly selected 935 Australian women aged 20-93 years and assessed diet quality, energy intake and fish consumption. They used a validated, structured, clinical interview to assess psychiatric diagnoses of depressive and anxiety disorders, and a self-rated scale (General Health Questionnaire-12, GHQ-12) to determine psychiatric symptom burden. The analysis was adjusted for socioeconomic status, alcohol and cigarette use, and physical activity. They found that at a median intake of 310 mg per day of n-3 PUFAs (EPA, DHA, DPA), women were eating less than the daily amount recommended by the National Health and Medical Research Council, which is 430 mg per day. Prevalence of depressive disorders was 5.5% and that of anxiety disorders 7.1%. They did not find any relationships between fish consumption and categorical diagnoses of either depressive or anxiety disorders. They did, however, observe a relationship between DHA only and depressive and anxiety disorders. No such relationships were found for other PUFAs. There was a linear, inverse relationship between DHA intake and anxiety disorders. Interestingly, there wasa non-linear relationship between DHA intake and depressive disorders, with the highest and lowest quartiles of intake having the greatest risk. There was a trend for an inverse relationship between DHA intake and GHQ-12 scores that did not reach statistical significance; no other PUFAs had identifiable relationships with GHQ-12 scores. Smoking was a significant effect modifier between fish intake and GHQ-12 scores. Intake of fish was significantly and inversely associated with GHQ-12 scores after adjusting for other variables such as age, physical activity, alcohol intake, socioeconomic status and smoking, although the effect was even greater for smokers. The demonstration of an inverse relationship between DHA and depressive disorders is intriguing. It is consistent with DHA being the primary n-3 LC-PUFA in the brain and a reported deficit of DHA in the orbitofrontal cortex of MDD patients,8 but is puzzling from the perspective of the treatment studies of n-3 LC-PUFAs for MDD. Those studies have generally been small, randomized placebo-controlled trials, mostly using n-3 LC-PUFAs to augment ongoing treatment with an antidepressant medication. Monotherapy studies are lacking at this time. Also, all of the treatment studies that have demonstrated positive effects of adding on omega-3 fatty acids to the treatment regimens of patients with depression (compared to placebo) have utilized either primarily EPA or a combination of EPA and DHA, with more EPA than DHA in the intervention. Therefore, it is commonly believed that supplementation with omega-3 fatty acids for depression should be with products that are high in EPA.9 One small study of DHA failed to demonstrate efficacy in MDD.10 The nonlinear relationship found between DHA intake and depression is also intriguing and consistent with the treatment literature. The most promising results in treatment trials of n-3 LC-PUFAs for MDD have used doses ranging from 1 to 2 g per day. Studies of higher doses have been more likely to fail to demonstrate efficacy. The implication that dietary patterns, DHA and fish intake are related to depression and anxiety is of great public health importance. There are implications for clinical care and public policy. Future research is needed to delineate dietary interventions for patients with psychiatric disorders and those at high risk to develop them. Nutritional intake is influenced by cultural and environmental factors.11 These data suggest that systematic changes should be implemented to encourage high diet quality and to encourage the consumption of n-3 LC-PUFAs and fish among women. References