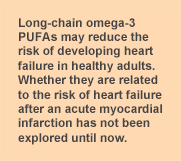 As evidence accumulates that n-3 LC-PUFAs may reduce the risk of developing heart failure, investigators in Japan were curious whether n-3 LC-PUFA levels might be related to the occurrence of heart failure after an acute myocardial infarction. Existing cardiovascular disease is associated with a higher risk of developing heart failure. The researchers recruited 712 participants from those enrolled in the Osaka Acute Coronary Insufficiency Study, a multicenter prospective study on patients with an acute myocardial infarction. The study was designed to determine whether serum n-3 LC-PUFA levels were associated with how long patients remained free from heart failure after their infarction. Participants in the study were mostly male (78%), 65 years of age on average, likely to have hypertension (67%) and smoke (63%). Approximately 10% of participants had a previous myocardial infarction. Blood samples were taken within 10 days of the onset of myocardial infarction to avoid the effects of acute phase responses and 3, 6 and 12 months thereafter. The investigators monitored the participants for 5 years. The primary outcome was duration of survival without heart failure, with hospitalization for heart failure and all-cause mortality as secondary outcomes. Patients were grouped according to baseline tertiles of serum EPA and DHA concentrations. The DHA tertiles were: low, ≤ 61.4 μg/mL; intermediate, 61.5 to 83.5 μg/mL; high, > 83.5 μg/mL. Corresponding tertiles for EPA were: low, ≤ 24.6; intermediate, 24.7 to 38.8 μg/mL; high, > 38.8 μg/mL. 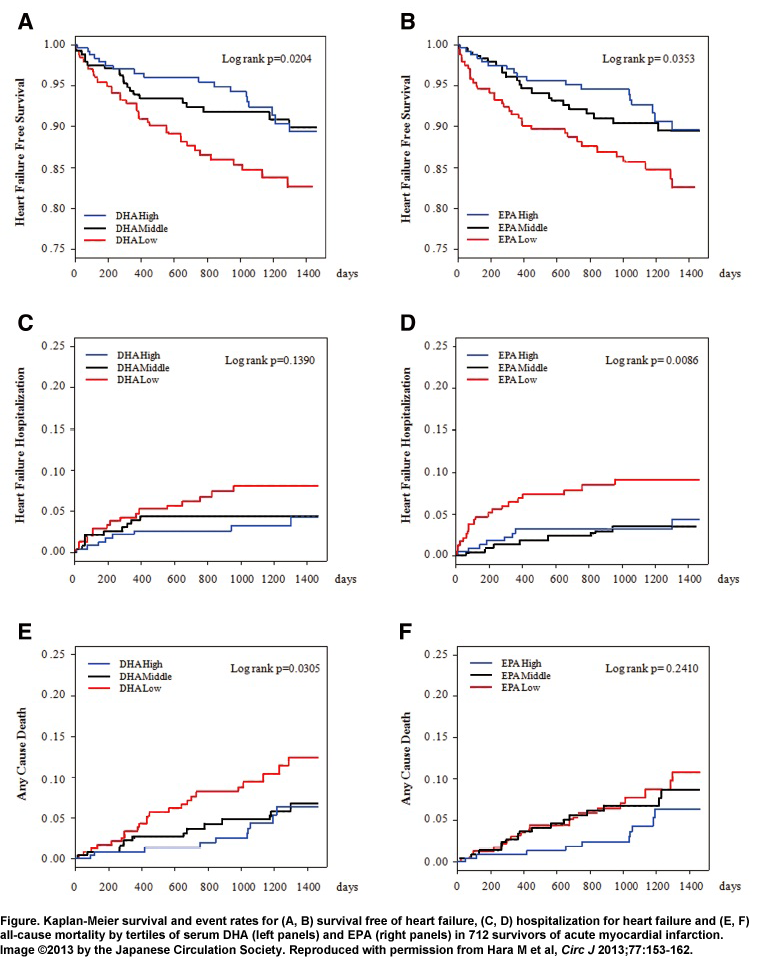 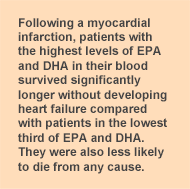